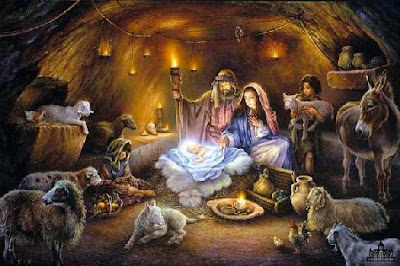 #212-Perfection with a Microphone 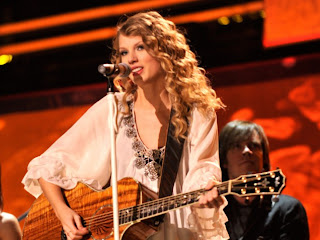 For those who don't know, that's Taylor Swift. I actually don't really like Taylor Swift, but I figured her picture would do for this post.

I have decided that Joel’s rants about women are usually quite legitimate and understandable…but they are rather one-sided...plus, I feel the need to defend all the ladies. Hence this post.
I had my hopes and dreams shattered at a very young age. I was all of the age of nine (or thereabouts) when I was told I could not carry a tune. Ah! At the time, this made no impression, but I was to soon learn that was the ultimate cause of all my failures in life…and would be the ultimate reason why I would never find an Apostolic mate.
You see, in Apostolic World where I grew up, being able to sing is one of the Unspoken Commandments. Much like having an amazing wardrobe and naturally awesome hair, the ability to sing is coveted by all and, I have to admit, possessed by many. Except me. I am the ultimate failure, the one mistake God created! Here I sit in my tone-deaf glory, wishing desperately that I could carry a tune!...but alas, I am relegated to the back of a choir and forced to sing alone to myself in my car.
This actually does not bother me. I do worry about finding a future husband, however, because we all know that the only thing an Apostolic male wants is a hot blond with the voice of a black woman. This would appear to be an impossible combination, but apparently many women can manage that, especially if they want to grow up and become a Pastor’s Wife.
Illusory thing, the Perfect Pastor’s Wife.
It always amazes me the number of Apostolic guys who have such impossibly high standards for their future mate. Not only must she be beautiful and skinny, but, she must possess a gorgeous, modest, holy wardrobe and must be endowed with musical talents out the wazoo. What strikes me as even more remarkable (ridiculous!) is the number of girls who try and meet these standards.
Heaven forbid! It pains me when I see girls who spend massive amounts of money on their wardrobes, countless hours on their hair, and painful hours in their heels, all to impress a young man who can preach for 20 minutes without breaking a sweat.
I really do not know the logic behind the demands of the Apostolic man. Yes, I suppose it’s nice to have a living, breathing, singing!, dressed-to-perfection being next to you at the minister’s banquet, but come on. What are you going to do the next day when the clock strikes twelve and Pente-Ella’s hair comes down and she steps out of those gorgeous high heels? Exactly. Can anyone say rude awakening?
Posted by Marissa Cooney at 9:58 AM 8 comments: 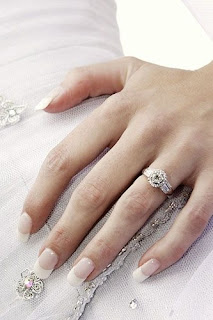 First off, I would like to thank Joel for allowing me to ramble on his blog. He took a big leap of faith in letting me do this, and I appreciate it.
Second, I would like to begin making my excuses (of course!). It’s finals week(s) and I am a senior in college. If I were in high school, none of this would matter to me. But since my GPA actually does count now, I’m devoting my life to what’s left of my studies. Therefore, my time is going to be filled with notes and books and other awful nightmare-ish things that take precedence above everything else. Long story short, I’m holding off on writing until I throw my cap in the air. (12 more days!) But before I temporarily hiatus, I have another post in the bag.
(Note: I hesitated about this post. Not because it's highly controversial or anything but because it's one of the many gray-standards-issues that I don't really quite understand... and thus am compelled to write about.)
Today’s topic has to do with the fascinating and delightful topic of nails. No, not the kind of nails you hammer into wood, but the kind that are on your fingers. To narrow it down further, I am talking about fake nails. Now, the reason I bring this up is not because I have a desire to wear them and I can’t and so I am therefore subconsciously letting off steam. Although that would be an understandable excuse, it’s not the case. Instead, this idea came to me several years ago when I was at camp and noticed that the cool thing to do was to get a French pedicure and wear flip-flops to show it off. And of course, one had to have a matching French manicure. Of course obviously, this French tactic was used to combat the dilemma Pentecostal girls have about nail polish. Since we can’t wear it, the next best thing is to get some stuff that looks unnatural but is labeled as natural. Although what’s so natural about blinding white tips on one’s painfully pink nails I leave you to discover.
This is just an extra-long aside, but Pentecostals seem to find a loophole that allows them to commit just about every sin the world has to offer while still technically maintaining standards. For example, can’t dye your hair? Just put some “Sun In” on it and voila! Blond streaks! No makeup? Wait for Halloween! It’s excusable then. Can’t cut your hair? Get a perm – they usually fry off about five inches worth. It’s easy! As someone who has grown up in this, you can tell I have learned just about every loophole there is (and every time I go to a “district-wide youth function” I learn a few more).
Anyway, back to my main point. The biggest excuse I have ever heard for wearing fake nails is that they are more “natural” and not as sinful as regular colored nail polish and therefore they should be allowed. Here’s the problem with this: aside from the previously mentioned unnatural yet “natural” color, fake nails are just that – they are fake. Meaning unnatural. Meaning bits of plastic you glue to your fingers, all for vanity’s sake. In short, that argument is ridiculous, and I still do not see the reason why Pentecostal girls feel fine wearing fake nails.
I hope this post doesn’t offend people, because that’s not what I intended. Personally, although it probably seems like I have a problem with fake nails, I actually do not. It just seems to me that the justifications for wearing them need to undergo some modifications if they are to hold up to anyone’s scrutiny, especially that of a new convert. (In Pentecostal world, New Convert is the ultimate trump card of the game, kind of like Helen Keller is in Apples to Apples.)
Note: to all the guys out there who don’t wear fake nails – I’m sorry. I hope this post did not bore you.
Posted by Marissa Cooney at 10:39 PM 37 comments:

#210-That Extra Material that Keeps You Holy 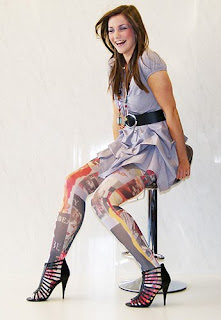 Editor's Note: Ladies and Gentlemen, a new blogger, Marissa Cooney. Give her a warm, round of applause as she writes during these horrid days when i have no time to write (I have topics I swear!).  Also any other people who want to blog for the site? e-mail me with sample article.
(a side note: I do not know the girl in the picture. It most definitely is not me. But I do know some girls who would wear her tights. Nay, they would ENVY her those...glorious leg coverings.)
Today’s weather calls for hibernation. However, given that this is a civilized, capitalistic society that requires all its members to enter the world and produce something, hibernation is not a viable option for the American. So despite there being a teenage temperature outside (ha – who am I kidding? I’m from Texas and this happens maybe twice in a decade) all of us (from the North) have to face the cold…including…wait for it…the female Pentecostal.
OH, THE HORROR.
Faced with an unrelenting dedication to modesty and an unrelenting cold snap, both equally demanding attention, Pentecostal women are faced with three options: one being wearing a pair of boots, the other consisting of the ankle-length jean skirt approach, and the last and most formidable being multi-colored tights!
Yes, tights. They are an amazing solution to all winter’s problems – excluding snowdrifts and imperfect snowmen. That is why you will see Pentecostal women going to their local Forever 21 or Target and spending fifty dollars on itchy, scratchy material that doesn’t necessarily provide warmth, but provides a defense against the agonizing question, “you’re in a skirt? Aren’t you COLD?”
Sigh. Internally I always debate on answering with the following: “the fire of the Holy Ghost keeps me warm both inside and out, all the way down to my legs! That’s the true secret of it all. Come to church and you too will see!” Unfortunately, answering so honestly will probably never help me win someone to the Lord.
…I hate that question.
Tights explain how, when winter comes, Pentecostal women suddenly show up to church looking like a fluorescent light show has happened on their legs. I suppose sobriety in apparel does not apply here.
In addition to providing a solution for leg warmth, tights also provide yet another loophole for sin. This particular naughty deed involves wearing a pair of tights and then buying a skirt two inches above the knee. And why not? No skin is showing, after all! No, instead a nice two inches of sensuous kneecap is displayed covered by brightly covered material. No problems here.
The issue of tights also explains why you will see Pentecostal teenage girls wearing fishnets to church during the winter despite the stereotype that fishnets belong on strippers. Subjects of this kind have been slightly covered already (the hooker boots post), but I feel that the prevalence of fishnets in church is something that should be expanded on…perhaps in a later entry.
Posted by Marissa Cooney at 7:44 PM 10 comments: